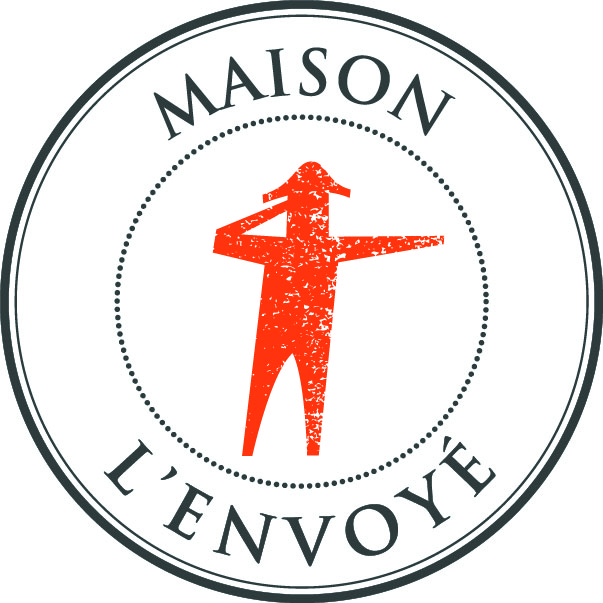 Driven by a tireless hunt for elusive sites where Pinot Noir shines, Maison L'Envoyé, 'The House of the Messenger' traverses the globe with the intention of presenting the acme of regionality and winemaking styles. With winemaking footprints in Burgundy, Willamette Valley, California, Central Otago and Tasmania, they champion many unsung growers who have farmed their vineyards for decades and generations, some mere feet away from more illustriously cited neighbors. This project has been a standout since its debut in 2011 including Wine & Spirits naming Maison L'Envoyé a Winery To Watch' in 2015.

In Burgundy, Maison L’Envoyé’s winemaking team is based in the town of Beaune, drawing from several sites including the Premier Cru, Savigny Les Beaune ‘Les Marconnets’ and their own monopole, Chateau Vivier, in Beaujolais’ Fleurie cru. In Oregon’s Willamette Valley, carefully selected rows of Pinot Noir are sourced from both volcanic and sedimentary based soils primarily in Yamhill-Carlton, Ribbon Ridge and Eola-Amity Hills. In both Tasmania and Central Otago, it was discovering a single vineyard, each family owned and farmed, that are outstanding examples of purely expressed Pinot Noir that compelled the team to expand its portfolio to these exemplary Pinot regions.

Modern winemaking affords rare generosity, not excess, of character and approachability to express the wines’ origins with straight forward clarity.

From Chablis in the north to Beaujolais in the south, humble Burgundian vignerons have farmed the century. Climates vary from inclemently continental to mild and agreeable; soils, from Jurassic limestone through alkaline clay and manganese-rich schists. Through this mélange of elements, the passing centuries have given rise to unique voices, each proclaiming their autonomy: spicy, cherry-laden Beaujolais; generous, minerally Maconnais, and austere, chalky Chablis. But invoking the most adoration and lining the walls of applauded cellars are the Pinot Noirs and Chardonnays of the Côte d’Or. Complex, silken and evocative at their best, they incite wonderment in those enlisted in their doctrine.

Many precise and specific winemaking techniques are employed that together produce a soulful and generous expression of the fruit flavors while avoiding any heavy tannin, rough edges or alcoholic extraction. Picking fully physiologically ripe berries, often later than much of the valley, consulting winemaker Louis-Michel Liger-Belair’s infusion technique is more akin to steeping rather than an aggressive extraction process.

While Pinotphiles have keenly monitored Oregon’s evolution for decades, it seems the greater wine world has just awakened to regard its temperate climate and ancient soils as a hotbed for one finicky variety. Sheltered from inclement weather by the western Coastal Range and the eastern Cascade Range, the idyllic Willamette Valley blesses the vines calling it home with gentle conditions, imbuing complex flavors and spirited acidity from a long growing season. Its namesake, the Willamette River, crisscrosses an ancient volcanic and sedimentary seabed overlaid with gravel, silt, and rock. Stewarded by family vignerons with an intimate knowledge of their land, and a new generation of eager winemakers, many are tipping their hats to Burgundy’s dynamic, new-world counterpart.

Vinified by the famed winemaking team at Giant Steps. Wild ferments of whole bunches and destemmed (but not crushed) fruit take place in four ton open top fermenters gently managed with drain and returns and occasional pigeage. Matured with a judicious use of 100% French oak (mostly older barrels) then bottled by gravity unfined and unfiltered.

Maison L’Envoyé’s approach in the vineyard combines tailored viticulture and vigilant diligence. Each growing season and unique block is taken into account. The site, specific soil characteristics, elevation, aspect, rainfall, and vine age are considered. The growers that they choose to partner with lean heavily towards organic and biodynamic regimes, with a strict mindset of growing Pinot Noir rather than farming grapes.