Frisk is represented by an eclectic team of winemakers located in Australia who believe wine is for enjoying. Period. Full stop. They don’t try to baffle you with terms you’ve never heard of or flavors that have no business in a bottle of wine. They make delicious wine with a unique prickle to it. If it tastes a bit like nectarines, they’ll tell you “this tastes a bit like nectarines.” If it tastes a little like limes, or minerals? That’s what they’ll say. Frisk wines are grown in decidedly different climes. High in the Alpine Valleys of Australia. Places a little cooler, or sunnier, or steeper, or more obscure than the places one would expect winemakers go, because Frisk’s Brilliantly Conceived Master Plan consists of Being Where The Grapes Grow Best and making wines that reflect that.

In the 1850s, Italian immigrants happened upon Australia, and, being sick to death of sailing and having not much else to do, they started climbing. And climbing. And ended up in what is now known as The Alpine Valleys, which are nestled snugly into the foot of the Victorian Alps. With lofty slopes climbing to 2000 feet, the mountaintops see snow in winter and punch through clouds to nab a slice of sunshine in summer. Meandering valleys have been sculpted by the ancient flow of four local rivers, Ovens, Buffalo, Buckland and Kiewa, making for a hefty dump of granite loam and one confusing topo map. The Italians weren’t confused; they saw potential and promptly sent home for a few of the thousands of indigenous grape varieties they had left behind. As it happens, the Dolcetto has shaped up pretty well over time, blending perfectly with cool-climate Merlot plantings for an aromatic delicacy. As for the Riesling that found its way into the mix, it’s so minerally you’d be forgiven for thinking you were sucking rocks. Generations later, the locals are quite fond of their little slice of Italy in Victoria. And the wines aren’t bad either. They’ve been called mavericks, young guns, and a lot of other things they can’t print for fear their mums will see, but basically, they’re an eclectic team of winemakers who believe wine is for enjoying. Period. They won’t baffle you with terms you’ve never heard of or flavors that have no business in a bottle of wine. They just make delicious wine with a unique prickle to it, and they believe reading about wine is like painting about music. Their suggestion? Get out there and try some. Hopefully you enjoy it. They’d hate to have to get real jobs. 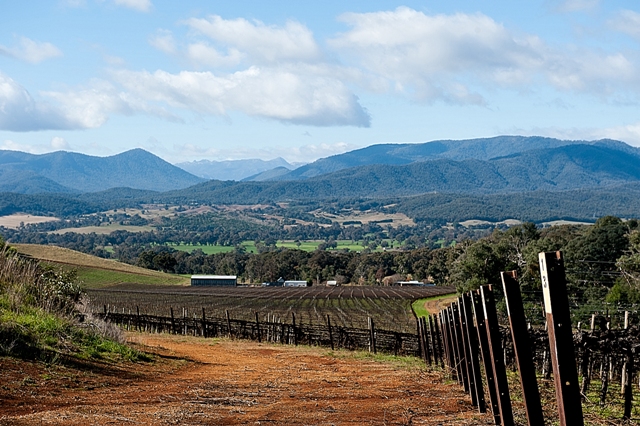